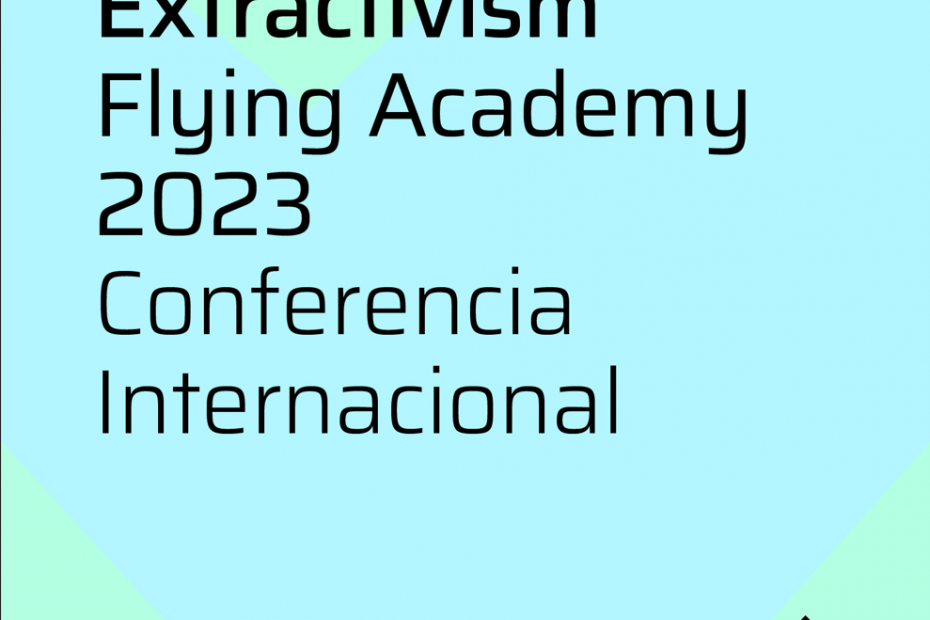 The conference will take place on April 3rd and 4th, 2023, at the National University of General San Martín (UNSAM) campus in Buenos Aires, Argentina.

Extractivism Flying Academy explores the relationship between the extractivist development model and “green” economies that aim to extract and use raw materials through environmentally friendly technology, creating “green jobs” and sustainable development. The conference will analyze how and to what extent green economies challenge extractivism, whether it offers a development alternative or ultimately exacerbates and structurally strengthens this unsustainable model. Thus, Extractivism.de collaborative research project partners up with the National University of General San Martín (UNSAM) in Buenos Aires to promote the Extractivism Flying Academy, addressing a series of questions in four thematic panels that explore the theoretical and empirical relationship between extractivism and green economies.

This way, the central question of the conference is:

What are the prospects of this green development model, and can it meet the requirements of an ecological transformation with social cohesion and sustainable development?

The main objective of the format is to have an intensive discussion on the different topics of the panels and to promote interaction between the regions of research of the project – Latin America and the Maghreb. In addition, Extractivism.de will afterward hold the same conference format in Tunisia to facilitate the transfer of ideas from one world region to another.

or on the link: www.extractivism.de/flyingacademyargentina

Here are the panel descriptions:

Panel 1: A discussion on green economies.

This panel will focus on a critical evaluation of the concept of green economies and seeks answers to the following questions: what is a green economy, and what are the paths to achieve sustainability? What are the challenges, conditions, and limits of green economies? What are the limitations of the concept in addressing the problem of sustainability? Which are the new critical minerals for energy transition, and what challenges do they pose to the Global South’s development strategies? To what extent does the idea of greening economies reflect upon international and regional inequalities regarding geography, resource location, contribution to greenhouse gas emissions, and availability of financial resources, among others? Can the shift to a green economy reduce the social inequalities within carbon-intensive economies? What are the main technological, productive, and financial constraints associated with the transition to a green economy?

Policies pursued by the recently elected governments of Chile and Colombia suggest that a green economy with extractivist characteristics is the path to a sustainable Latin America in the future. However, is green mining feasible in the long run? For this reason, the second panel is particularly interested in a critical debate on the links between the green economy, sustainability, development, and extractivism.

What explanatory value do classical development theories have in the face of these new processes? To what extent is the Global North, with its sustainability strategies, imposing an extractivist development model on the Global South? To what extent can proposals for a greener structural change, supported by new technologies, perpetuate rather than transform the consumption patterns within the center? Does the concept of a green economy propose a way out of extractivism? What are the challenges and limitations of the green way out, and to what extent is it possible to imagine a green economy without extractivism?

These questions will allow for a critical examination of existing approaches to development theory. Moreover, it enables the discussion about alternatives to green extractivism, which are already being intensively considered in countries such as Chile or Colombia.

Panel 3: Green economy and extractivism: actors and drivers of change.

This panel focuses on the empirical and theoretical analysis of actors, social groups, and the different mechanisms that accelerate social change towards green transition. Thus, the main questions of the third panel are: who are the critical actors involved in the complex relationship between transition, green economy, and extractivism? How do these actors behave? What are their class or social stratification configurations, and how do they form alliances? This panel will look specifically at the drivers of change in the extractive economy and the promoters of the green economy, highlighting the potential conflicts between them. For example, who gains or loses power as the green economy discourse becomes more accepted globally? How can we analyze changes in protests against extractivism, or do they remain the same regardless of which resource is being extracted?

Additionally, this panel will address questions that matter to current production actors. Who can transform the production matrix promoted or blocked by extractivism, and how? Which actors are included and excluded from these possible changes? What mechanisms could be enabled so that different social actors socially appropriate the benefits of the green economy? How is the green economy socially legitimized compared to extractivism?

This panel will discuss practical experiences and lessons learned from Latin America and the roles European countries could play in future cooperation for greening economies. Focusing on the public policy debate, the fourth panel will seek to answer the following questions in particular: what lessons does the Latin American left draw from the disillusionment with earlier extractivism during the last wave of high commodity prices? Which are the current proposals to reconcile the extractivist model with the pursuit of sustainability, and how are they being negotiated and implemented? What role do political ideologies play in the idea of a green economy? What are the implications for social inequality within and between countries in the global South?

Thus, in this final panel, we seek to understand the structural, systemic, and political consequences of a green transition in a world as unequal as ours. How does the transition from one development model to another affect existing forms of governance, statehood, democracy, and political culture? What strategies should be employed at different government and regional groupings levels to mitigate problems and accelerate environmental benefits? Finally, what role do international organizations play in addressing and mitigating potential impacts on less developed countries in the Global South, what role should multilateral organizations play, and what capacity do international actors and development cooperation institutions have to bring about effective change?

For more information, please get in touch with us:

Second Internal Fellow Workshop on the Conceptualisation of Extractivism

On November 9, 2022, the collaborative research project Extractivism.de organized a second internal fellow workshop in Marburg, bringing together the first round of visiting researchers… Read More »Second Internal Fellow Workshop on the Conceptualisation of Extractivism 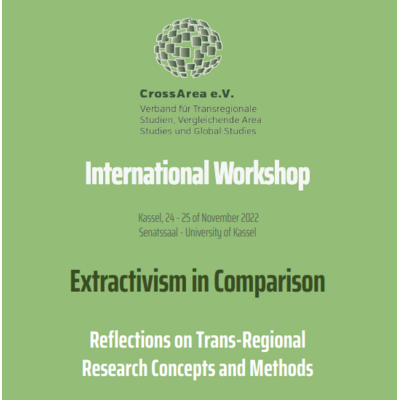 Extractivism in Comparison: Reflections on Trans-Regional Research Concepts and Methods